Pente is a simple game with a complex play space. Players take turns placing pieces on the board by clicking intersections on the grid. The player who hosted the game (p1) always starts the game, and is represented by a green circle. The joining player (p2) is represented by a blue square. You may not place a piece on an occupied intersection.

There are two win conditions: Have a straight line of 5 pieces in any direction (diagonal included), or capture 5 pairs of your opponent's pieces.

The game can be restarted by refreshing the page and creating or joining a new table.

A BRIEF HISTORY OF PENTE

Pente is an abstract strategy board game created by Gary Gabrel. It was created in Hideaway Pizza, in Stillwater, Oklahoma. Players would play on red-and-white checkered tablecloths, and had a distinct sense of honor when playing the game. For example, players might call out open three- or four-in-a-rows. While not officially rules, these customs encouraged an atmosphere where players won out of legitimately outsmarting an opponent, not by an opponent making a mistake.

Pente was introduced to me by my partner's family, and I immediately fell in love with the juxtaposition of the simplicity of the ruleset against the complexity of the game. Depending on the skill level, games can happen in rapid succession, or take up to 30 minutes. The sense of abstraction is wonderful - the strategic elements and offensive playstyle makes Pente a metaphor for many moments in our lives.

My goal in making this game is to bring people together through play, and have ask questions about games and the importance of play. The narrator sometimes is snarky, sometimes direct, but often prompts the player to reflect on their moves and how they may be affected by your relationship with the other player… Though, like any of us, the narrator sometimes just wants to daydream.

Developing games is time intensive and requires a diverse skillset. If you liked the game, or want to see more improvements, please consider donating to help cover hosting and development costs. This site costs about 10 dollars a month to run, so any small donation helps. Feel free to use any of the following to get more info, give feedback, or donate: 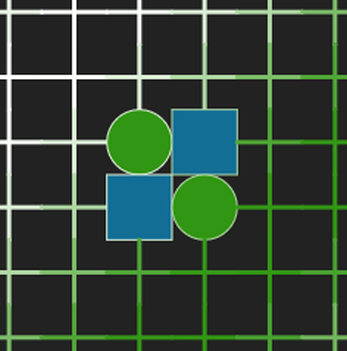